A slew of laws went into effect in Texas on September 1, ranging from new legislature that allows for earlier liquor sales on Sunday to a fineable ban on homeless camps in public places. 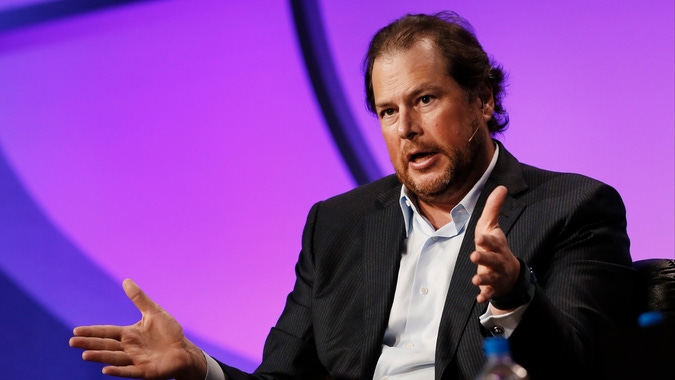 Most notable was Senate Bill 8, which states that abortions are not permitted if the doctors have “detected a fetal heartbeat,” the only exception being medical emergencies.

The law also allows Texas residents to sue doctors or anyone who aids in carrying out an abortion after a heartbeat has been detected.

Although many Texas-based companies have remained silent about how the law might affect employees, Salesforce CEO Marc Benioff has offered to relocate employees based in the state if they feel uncomfortable with the new law.

Related: Salesforce Bridges The Gap Between Business And Consumer

“These are incredibly personal issues that directly impact many of us — especially women,” Benioff reportedly told employees in a company-wide Slack message. “We recognize and respect that we all have deeply held and different perspectives. As a company, we stand with all of our women at Salesforce and everywhere. With that being said, if you have concerns about access to reproductive healthcare in your state, Salesforce will help relocate you and members of your immediate family.”

Salesforce, which employs around 56,000 people, is headquartered in San Francisco.

Its Texas-based office is in Dallas and employs around 2,000 people.

Ohana if you want to move we’ll help you exit TX. Your choice.https://t.co/y5IKpm5fNs

“Ohana if you want to move we’ll help you exit TX. Your choice,” he wrote.

The tweet was also picked up by California governor Gavin Newsom, who welcomed employees to the West Coast state by saying “Welcome to California.”

Salesforce joins the ranks of several other companies offering aid to Texas-based employees affected by the new anti-abortion law.

Related: Mark Cuban May Have to Pay the State of Texas Millions If He Doesn’t Play the National Anthem at Home Games

Bumble is offering funds for employees who need to leave Texas to have access to the medical procedure, as is the CEO of Match, which owns Tinder and Hinge.

Lyft and Uber have also publicly stated that they will cover the legal expenses of any of their drivers who are sued for driving people to abortion clinics or aiding in the process in any way.

Salesforce was up 6.67% year over year as of Monday afternoon. A Casino Gets Hacked Through a Fish-Tank Thermometer