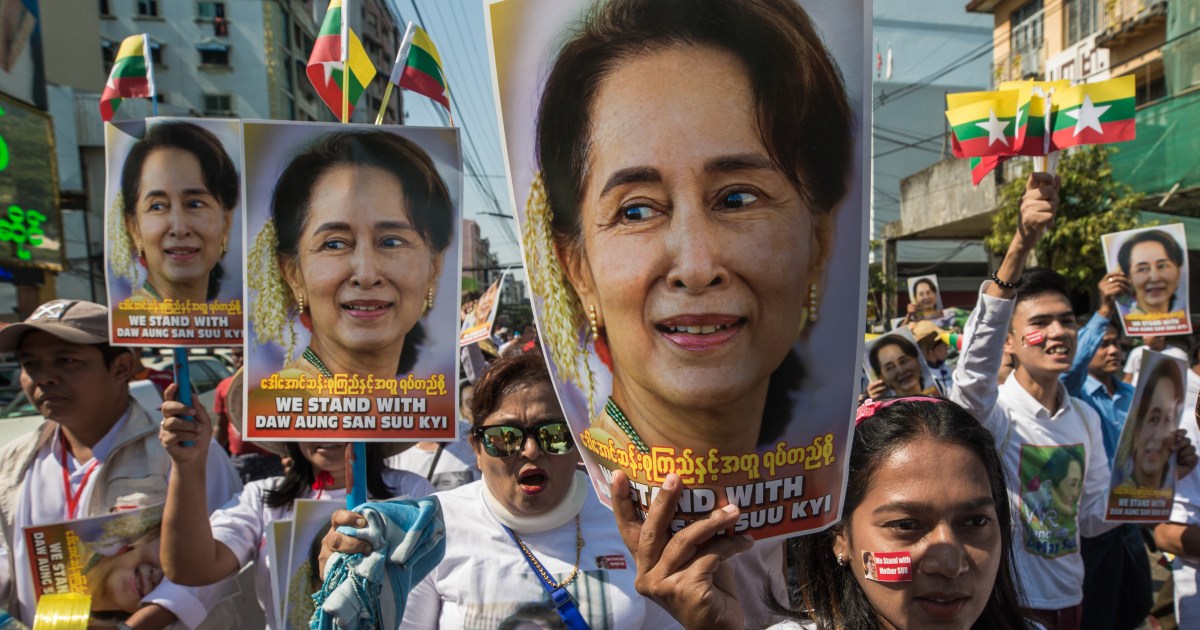 US threatens action over Myanmar coup as Australia calls for release of detained leaders, including Aung San Suu Kyi.

Myanmar’s military detained the country’s de facto leader Aung San Suu Kyi, President Win Myint and other senior figures from the governing party on Monday, seizing power in a coup less than 10 years after it handed over power to a civilian government.

The military said it carried out the detentions in response to fraud in last November’s general election, which Suu Kyi’s National League for Democracy (NLD) won by a landslide.

A statement on military-owned television said Senior General Min Aung Hlaing was now in control of the country and that a state of emergency had been imposed for one year.

“With the situation we see happening now, we have to assume that the military is staging a coup,” Myo Nyunt, a spokesman for the NLD, told the AFP news agency on Monday.

Here is how governments, human rights groups and others are reacting.

“I have a sinking feeling that noone will really be able to control what comes next,” he said in a tweet. “And remember Myanmar’s a country awash in weapons, with deep divisions across ethnic and religious lines, where millions can barely feed themselves.”

“We call on the military to respect the rule of law, to resolve disputes through lawful mechanisms and to release immediately all civilian leaders and others who have been detained unlawfully.”

A spokeswoman for United States President Joe Biden said Washington was “alarmed” by reports of the Myanmar military’s “steps to undermine the country’s democratic transition” as well as the arrest of Suu Kyi and other civilian leaders.

“The United States opposes any attempt to alter the outcome of recent elections or impede Myanmar’s democratic transition, and will take action against those responsible if these steps are not reversed,” Jen Psaki said in a statement.

The US Secretary of State, Antony J Blinken, also expressed “grave concern” in a statement and urged the military to “reverse” its actions immediately.

“We call on Burmese military leaders to release all government officials and civil society leaders and respect the will of the people of Burma as expressed in democratic elections on November 8.  The United States stands with the people of Burma in their aspirations for democracy, freedom, peace, and development,” he said.

John Sifton, an advocacy director for Asia at Human Rights Watch, called on the US, European Union and other countries to reimpose sanctions on Myanmar’s military leadership.

“The US and other countries with sanctions regime should send a strong message today, by immediately revoking sanctions relaxations and imposing strict and directed economic sanctions on the military leadership and its enormous economic conglomerates; and pressing other key counties – including South Korea and Japan – to force businesses to divest. The Burmese junta doesn’t want to go back to being China’s vassal.” Thousands of Australians flee to beaches as wildfires rage