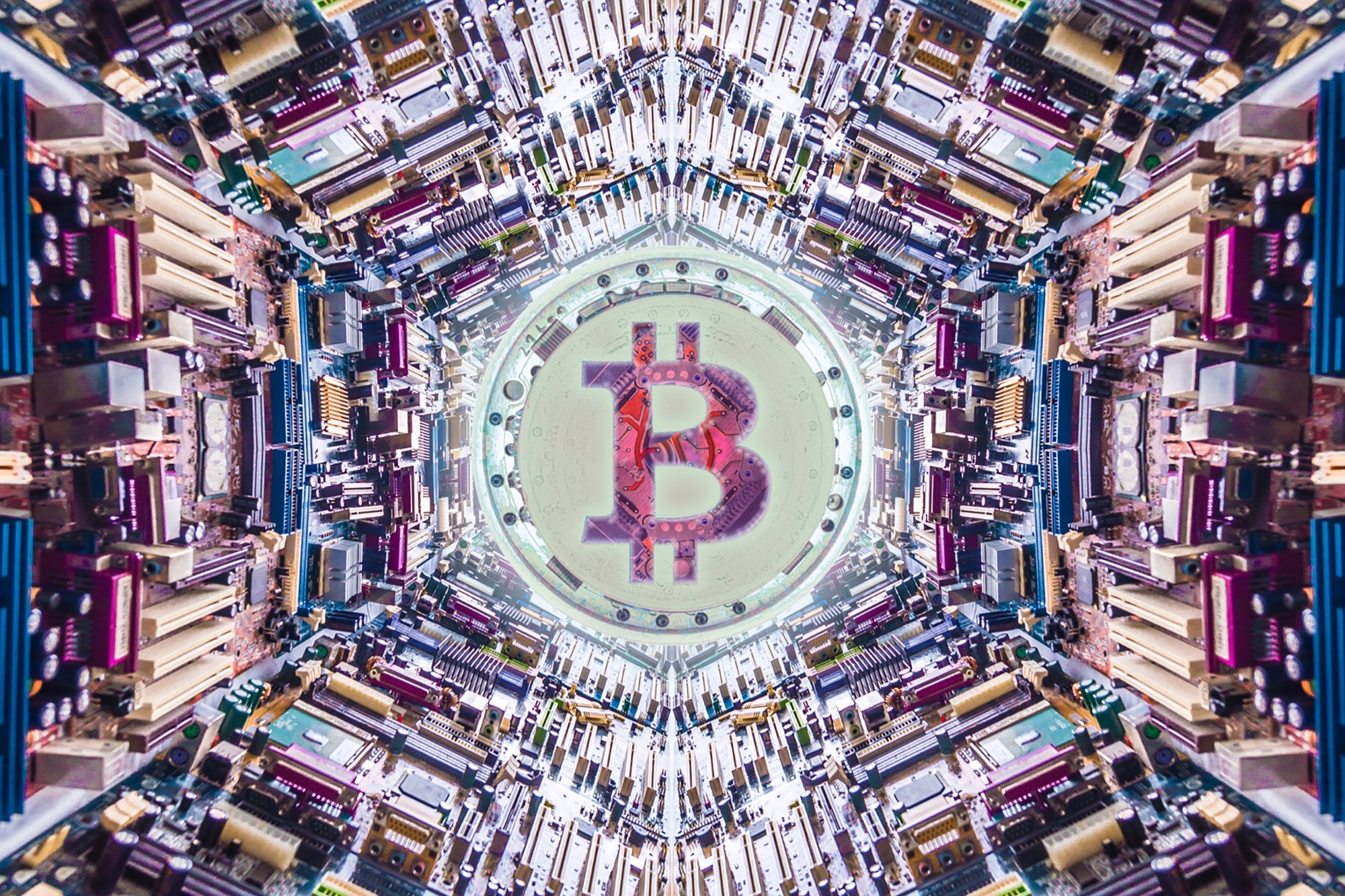 Last year, we saw the biggest drop in the economy since the Great Depression, however, we started seeing the first real signs that the global financial system is migrating towards fast-growing markets for digital assets.

To truly understand crypto, we need to start from the beginning. Bitcoin was invented by a person identified only as “Satoshi Nakamoto” in an October 2008 whitepaper. Working with a crypto mailing list, Satoshi Nakamoto launched Bitcoin (an electronic version of money that verifies its transactions through cryptography) on January 3, 2009. Its unique identifier was its peer-to-peer system that couldn’t be controlled by any government or person.

This wasn’t the first attempt of someone trying to develop forms of electronic money, Hashcash and Digicash were two projects that preceded Bitcoin. However, they failed to solve the “double-spend” problem which means people could spend the same money twice. Bitcoin’s solution was to introduce a permanent time-stamped ledger which is the blockchain. This makes every coin unique and traceable as the transaction history of each individual Bitcoin is publicly visible on the Bitcoin blockchain network.

The record-keeping technology is decentralized which means no single group has control, thus giving the power to transform the world’s financial institutions and businesses resulting in more secure transactions and decentralized money.

Typically, when you purchase some form of a digital product there is an ‘unlimited’ supply (for example, when you buy a movie, song, or game online, the company can sell as many copies as they want.) Blockchain, the technology Bitcoin is based on, makes it so that every Bitcoin can only be held by one person at a time, it is the first digital asset that has a set supply, this makes it the first digital asset. Just like a Van Gogh is valuable because it is one of a kind and copies of it are worth nearly nothing, especially digital copies, each Bitcoin is intrinsically valuable because it can not be replicated, so it allows a digital asset to take on astronomical value. It is most similar to digital gold, gold is valuable because of its set supply and because you can transfer it. Bitcoin has a set supply and is even more easily transferred and stored.

This technology allows you to trust someone in the digital world. They can send you data, documents, payments and so much more that are 100% verified by the technology that makes Bitcoin possible (this is called Blockchain Technology). Blockchain technology creates a network where everyone in the network constantly verifies and secures every transaction, this is the revolution, security and trust are ensured by everyone using the network. This opens up the possibility of decentralized banking, insurance, social media, video platforms, etc. where there isn’t a company that holds the profits for themselves or controls the ecosystem. The ecosystem can instead be controlled by the users in open, transparent, and trusted ways. This means you can have a video platform where user privacy is verifiably secure, a bank where the users are guaranteed that they are getting the best deal possible on savings accounts or investments, an insurance company where there is no overhead, and so much more.

Should you invest in Bitcoin?

This is the first digital way to take the power of printing money and controlling currencies away from governments, which comes at a perfect time when we see so many governments printing endless amounts of money and artificially propping up equities. Digital assets have a transparent and immutable monetary policy. As an example, when you put a U.S. dollar into a savings account at a bank you then have no idea where it goes, you get 0.25-1.25% interest at best, and the U.S. dollar itself is controlled by the Federal Reserve and Government. If you deposit Bitcoin into a decentralized lending platform, you see where your bitcoin is going and what is happening to it, you get 3-12% returns (there are no salespeople, no marketing, no stock dividends, no gouging for-profits because everything is transparent and verifiable), and you can even have power over future products and upgrades to the lending platform. Also, the Bitcoin you place on that platform is controlled by no one and you know what its monetary policy will be forever.

If we were to compare Bitcoin to gold, both are scarce assets that are used to hedge against equities and currencies. Grayscale, Square, Paul Tudor Jones, Fidelity, and many more large investors are using Bitcoin as a hedge. Bitcoin is better than gold in key ways: more easily transferred, more easily stored, immutable and transparent monetary policy (the supply increases are preset and unchangeable), a digital currency for a digital world, and borderless. Yet, Bitcoin’s market cap is 96% smaller than gold (about 9 Trillion for gold and about 300 billion for Bitcoin), with that in mind Bitcoin and the rest of the digital asset space have a high ceiling for growing to the size of traditional rivals.

This decentralized system comes with tradeoffs, Bitcoin and blockchain technologies have been tagged as being used for malicious activities and “for criminals”. This narrative is beginning to change but Blockchain is still a nascent space. One issue has been blockchain tokens and companies starting up with anonymous founders only for the purpose of defrauding users. We want to change this narrative and show that small start-ups can start in ways that are more transparent and sustainable.

I co-founded a transparent project called xBTC that shows how people can build businesses in the new blockchain space in long-lasting and legitimate ways. These types of projects are the ones that will define digital assets and bring them into the mainstream. They will create products that can be created quickly and take advantage of the technological benefits of the blockchain while being trusted and used by millions. xBTC and other projects are founding new ideas and creating new technology while being transparent and open. This allows digital assets to grow and creates a brighter future for the entire space. The many scams and anonymous founders create and perpetuate the narratives of digital assets being used for illegal activities and abuse.

Related: How to Buy, Sell, and Keep Track of Bitcoin

Digital assets allow for democratization and decentralization of technology and startup. Anyone can start a new technology and business from scratch quickly and easily. Many founders and projects have abused this system by creating fake websites, products, or business plans. They then receive tens of thousands and sometimes millions in funding from users around the world. Through remaining anonymous and doing everything digitally they are able to run away with raised funds and leave the project behind without any recourse for users.

How to buy Bitcoin

The easiest way to buy digital assets is on big brokerages like Coinbase or Gemini.

The future of Bitcoin

As we see governments beginning to officially regulate digital assets and major financial players enter the space it shows a bright future for Bitcoin and other cryptocurrencies. Just a few weeks ago France passed clearer regulations on crypto, Microstrategy took out over $500 million in convertible notes to buy Bitcoin, and MassMutual bought 100 million in Bitcoin. In a 24 hour period, Greyscale Investment Fund bought more than 1,000 Bitcoins and more than 100,000 Ethereum. This was just a single week of news. The large institutions and players are just starting to get involved in the space and this will only bring more capital and legitimacy to digital assets. This movement of more traditional players and governments into the space means that it is becoming more accepted and trusted. Just like Bitcoin the entire digital asset space is less than 500 billion in combined market cap, we are still just in the beginning cycles of growth for a nascent and world-changing technology. At xBTC we are betting that other digital assets will begin to overtake Bitcoin as they revolutionize banking, insurance, gaming, social networks, consumer goods, and more. We make it easy to buy and speculate on Bitcoin dominance, Bitcoin is just the tip of the iceberg for digital assets and there are so many more innovative assets in the space. We think Bitcoin Dominance will be an important indicator of this future.

Bitcoin has led the way and will continue to change the world, however, an even larger revolution will come from blockchain technologies that spread assets, currencies, savings accounts, insurance coverage, and so much more to billions of people across the world in a decentralized way.