Social media has certainly played a role in the case of Gabby Petito, a 22-year-old woman who went missing while on a cross-country road trip with her fiance, 23-year-old Brian Laundrie. 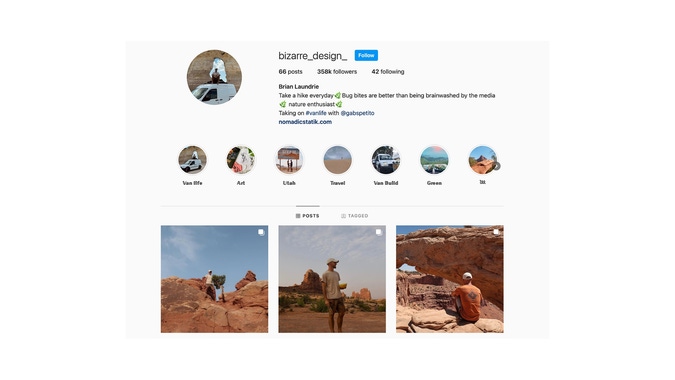 Earlier this week, Petito’s body was found in Wyoming, and authorities determined her death was a homicide.

As the case continues to develop, Laundrie’s whereabouts remain unknown. He was last seen by his parents in North Port, Florida on September 11.

There were alleged reports swirling around that Laundrie had been spotted everywhere from other parts of Florida all the way to Alabama, with none confirmed. But the latest social media theory regarding activity on Laundrie’s Instagram and Spotify accounts could be a major piece to the puzzle.

Many have been closely following Laundrie’s Instagram account, @bizarre_design_ for activity, and a video started making its rounds on social media earlier this week that alleges Laundrie “accidentally” went live on Instagram.

The video, which has made its rounds on TikTok and Twitter, shows what appears to be the person filming it on a boat in the middle of the water.

Many suggested that the video could be a decoy in an attempt to throw off police and the public.

Some are saying that #BrianLaundrie accidentally went live on Instagram for 2 seconds. Here is a still image taken from the video. Do the shoes look familiar to anyone?#GabbyPetito#BrianLaudrie pic.twitter.com/WRV78nr2kB

“I doubt it was in accident,” one user wrote. “He did it to let us know he got away. He’s so smug that way.”

Multiple comments suggested that Laundrie was headed for Cuba, though others pointed out that if he really wanted to escape, he probably wouldn’t keep his phone, because it could be used to track him.

The alleged Instagram was not saved to Laundrie’s account, and the video did not include a screenshot of Laundrie’s handle attached to it, so it is undetermined as to whether or not the live video was actually from his account.

Perhaps another clearer clue that Laundrie (or someone with access to his logins) still has access to social media lies in his playlists portion of his Spotify account.

One Twitter user discovered that Laundrie’s account, Nomadic Statik, deleted the title of a playlist called “Mtn tops” on September 21, something that cannot be auto generated by the Spotify platform and has to be manually done.

Ok guys what the fuck. The name on the Mtn Tops playlist on Nomadic Statik Spotify profile just disappeared. Literally right now as I was checking! #BrianLaundrie #gabypetito pic.twitter.com/OBzlPdAuvD

“He just deleted the picture of gabby from the mellow yellow playlist,” one user noticed on September 22.

As of Thursday afternoon, both Laundrie’s Instagram and Spotify accounts were public.

“Bug bites are better than being brainwashed by the media,” his Instagram bio read at the time of this report. Are Your Creative Stars Fading Over Time?