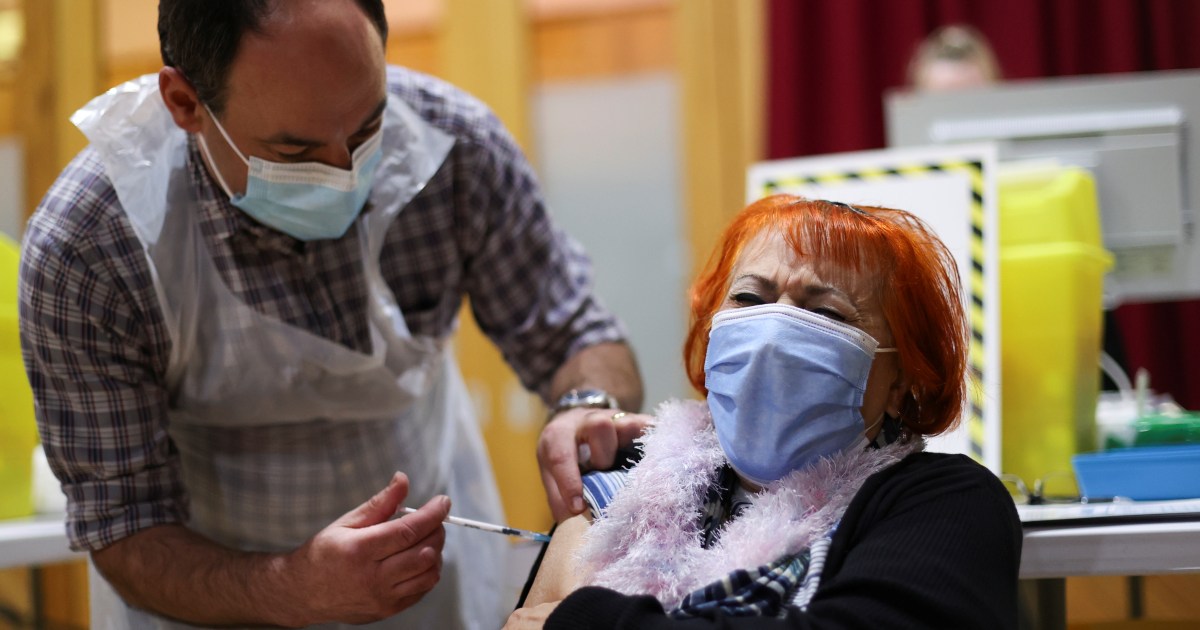 The United Kingdom has launched a pioneering clinical study to test whether alternating the AstraZeneca and Pfizer BioNTech vaccines in a two-shot schedule is safe and effective in fighting the coronavirus disease.

The UK’s Department of Health and Social Care said on Thursday that patients taking part in the seven-million British pound ($9.55m) programme will soon receive two different COVID-19 vaccines for their first or second dose.

The study, which will run for the next 13 months, will investigate the patient’s immune responses to an initial dose of Pfizer vaccine followed by a booster of AstraZeneca’s, as well as vice versa, with intervals of between four and 12 weeks.

The UK’s National Immunisation Schedule Evaluation Consortium (NISEC) oversees the programme across eight research sites, including two in London and one each in Liverpool and Oxford.

Currently, the UK is following a same-dose regimen of AstraZeneca, or Pfizer, for its mass vaccination programme although it has extended the length of time between the first and second doses to 12 weeks.

The Pfizer BioNtech inoculation is an mRNA vaccine, which uses messenger RNA to produce an immune response, while AstraZeneca’s uses the so-called adenovirus viral vector to transfer viral antigens into host cells, to trigger immune responses.

According to the government, the study has received ethics approval from the Research Ethics Committee and the Medicines and Healthcare products Regulatory Agency.

Recruitment to the study will begin later on Thursday, and the government expects more than 800 people to take part across the country.

“This is a hugely important clinical trial that will provide us with more vital evidence on the safety of these vaccines when used in different ways,” said Nadhim Zahawi, the designated minister for COVID-19 vaccine deployment in the UK.

Should the study show promising results after the 13-month period, then the government may consider reviewing the vaccine regimen approach, the country’s Department of Health and Social Care said.

Given the possibility of vaccine supply constraints, data that could support a more flexible immunisation programme would be an advantage, said Jonathan Van-Tam, the UK’s deputy chief medical officer, who is responsible for the study.

“It is also even possible that by combining vaccines, the immune response could be enhanced giving even higher antibody levels that last longer,” Van-Tam said.

If the study finds that the vaccines can be used interchangeably, it “will greatly increase the flexibility of vaccine delivery,” said Matthew Snape, an associate professor in paediatrics and vaccinology at the University of Oxford.

The UK continues to grapple with a heavy COVID-19 caseload after the emergence of a more transmissible strain of the virus late last year.

According to Johns Hopkins University, nearly 3.9 million people in the UK have been diagnosed with COVID-19 since the pandemic began and 109,547 have died.