Disclosure: Our goal is to feature products and services that we think you’ll find interesting and useful. If you purchase them, Entrepreneur may get a small share of the revenue from the sale from our commerce partners.

Last year, a survey of 2,000 people found the average American parent spent more than 23.5 hours on cleaning and housework every month. That’s almost six hours a week of laundry, scrubbing toilets, and the task that consumed the most time: sweeping, dusting, and vacuuming. 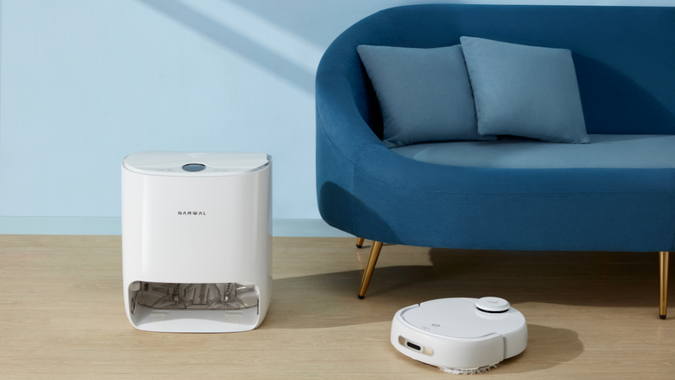 Committing almost six hours a week to household chores is tough enough, but if you’re running your own business, it’s basically a dealbreaker. Of course, nobody wants to live in filthy squalor, so you’ve got to find a balancing point between an entire day’s worth of cleaning each month and the rest of your life.

The Narwal T10 is designed to make that balance a little more manageable. It’s a powerful robot vacuum and mopper that can slice hours off that weekly total while still keeping a house in tip-top shape.

For residents with hardwood or tile flooring, the T10 is a beast, using a pair of special side brushes to dig deep and break up stains and dirt, while the 1800Pa of suction sucks it up and carries it away, all with a no-roll brush design that cuts down on hair getting tangled up in your brushes.

Meanwhile, the triangular mop pads rotating at a mean three times per second (180 RPM) can cover 30 percent more surface area for better cleaning efficiency, including corners, the company says. The T10 is pretty smart about that cleaning as well, avoiding going back over completed mopping areas to avoid spreading dirt and other debris around.

That entire process is controlled and monitored through the Narwal app, which also allows users to customize their clean with virtual no-go zones, adjustable suction and mopping moisture levels, and the ability to program multiple cleaning plans. Users can set their preferred cleaning schedules so the robot makes its rounds whenever you want, even when you aren’t home.

And once it’s completed its duties, the Narwal T10 heads back to its home-base cleaning station and cleans itself too. With a pair of 1.3-gallon water tanks, the system scrubs the microfiber mops clean, separates dirty and clean water for the whole unit requires the minimum of maintenance, then self-dries after mopping.

The Narwal T10 has already picked up some impressive admirers, earning awards from CES, Red-dot, Edison, German Innovation, and others, as well as being named one of Time Magazine’s Best Inventions of 2020.

Beginning 11/10, shoppers can get the Narwal T10 for $799 for Black Friday, which includes an accessories gift pack+detergent sheet. Mandating Employee Vaccinations? What You Need to Know.