Starting next Monday, October 18, Mexico City will change its epidemiological traffic light to green. This, after the drop in hospitalizations and the advance of vaccination in the capital’s population, according to Eduardo Clark , director of Digital Government of the Public Innovation Agency (ADIP). 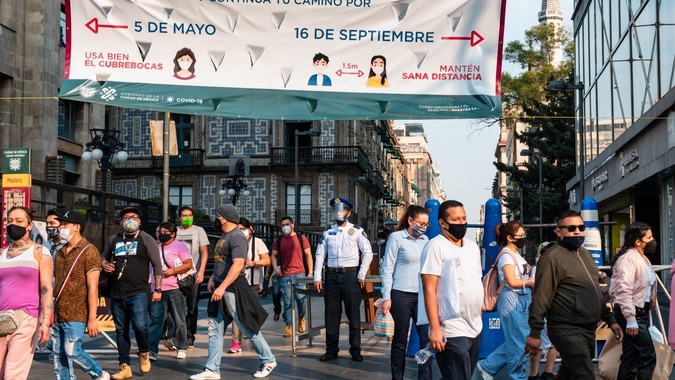 For little more than a month – since September 6 – the capital was on a yellow traffic light. However, the opening of shops was speeded up and the return of massive events , such as concerts or festivals , was even announced, so it would be assumed that the ‘green color’ would arrive at any time.

In this sense, this Friday, Clark said that in the last seven days, people hospitalized in centers in the Metropolitan Area of the Valley of Mexico , went from 1,705 -last week- to 1,450 this week, which translates into a reduction of 255 people.

Compared to the maximum number of active cases in the third wave of SARS-CoV-2 infections , the official noted that there was a reduction of 82%, currently registering 12,500 active cases. I add that this is due to the vaccination strategy, where it has been inoculated —at least with one dose— to approximately 98% of the inhabitants of CDMX .

“Hopefully the waves that follow, if there are small spikes , will be much less damaging than the ones we’ve had in previous moments,” Clark said.

What activities are opened or extended with the change of traffic light?

Massive outdoor events will no longer be limited, as Clark mentioned, they will not have a capacity limit. For their part, the bars , canteens and clubs – of the sectors most affected by the pandemic – will be able to operate with a capacity of 50% and close their doors until 1:00 in the morning.

The use of face masks will continue to be mandatory even with this traffic light change, either in outdoor events or in closed spaces. For the latter case, it is suggested to maintain a natural ventilation flow of at least 40% and the sanitary measures recommended by the World Health Organization : Hand washing and use of antibacterial gel .

According to the latest report of Covid-19 cases in Mexico City, there are 960,463 accumulated confirmed cases; of which 7,766 confirmed active and in sum, 51, 702 deaths are estimated since the pandemic began.