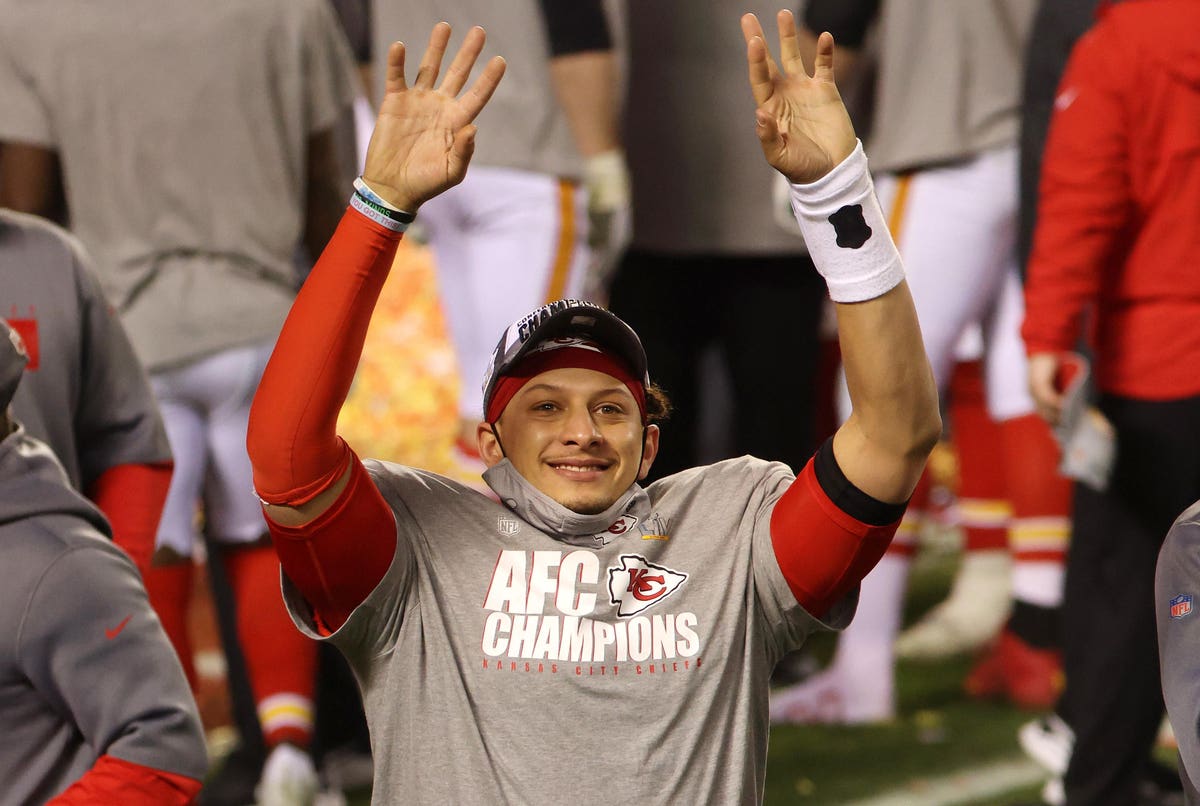 The series between Mahomes and Brady is tied at 2-2, and each game has been a competitive contest with no more than a one-score margin.

The most recent game between the two occurred on Nov. 29 when the Chiefs won 27-24 against the Buccaneers, and the quarterbacks combined for more than 800 yards.

He last reached the big game after his New England Patriots defeated the Chiefs 37-31 in overtime of the AFC Championship Game to cap the 2018 season.

After celebrating that win, Brady, who was impressed by Mahomes’ talent and professionalism, made sure to have a private conversation with Mahomes after the young star was leaving Arrowhead Stadium.

“He just kind of talked about how he respected how I did everything the right way and stuff like that,” Mahomes said. “It was definitely a cool experience.”

It was not only because of Mahomes, who had his typical spectacular game: 29-of-38 for 325 yards and three touchdowns, which included his typical only-Mahomes-can-do-that plays.

He wowed during back-to-back plays in the second quarter. On a 3rd and 6, Bills linebacker Matt Milano, who missed the first regular-season contest between the teams, had Mahomes dead to rights. But Mahomes eluded him and hit Travis Kelce for 11 yards.

On the very next play, he then stymied edge rusher AJ Epenesa to hit Tyreek Hill for 33 yards.

Kelce and Hill — two of the best at their respective positions — were at the top of their games once again.

Kelce had 13 catches for 118 yards and two touchdowns. Taking advantage of Buffalo’s two-deep safety alignment, Kelce had nice catches in the first half, which tied for the most ever in a first half by a tight end in a playoff game.

But it wasn’t just his receptions.

He threw the key block on the Chiefs’ first score of the game: a Mecole Hardman touchdown pass and Hardman’s 50-yard run on the Chiefs’ next offensive play.

Hill had 172 receiving yards, and 71 of them came on a simple slant.

Chiefs fans are used to the explosive plays of Mahomes, Kelce and Hill, but it might’ve been the team’s most complete game of the season because of the way the defense played.

The secondary stepped up, limiting Stefon Diggs, who led all NFL receivers with receptions (127) during the regular season, to six catches.

Rashad Fenton had a pick, and rookie L’Jarius Sneed had a sack in his fourth straight game. And safety Juan Thornhill had four passes defensed.

In two weeks’ time, the defense will face another test — going against Brady in his home stadium.

It could be the final matchup between the 43-year-old Brady, who is in the first year of a two-year, $50 million contract with the Bucs, and the 25-year-old Mahomes.

Whether Brady retires after the season or not, Mahomes is here to stay, having signed a contract prior to the season that goes through 2031.

Mahomes will try to guide the Chiefs to become the first back-to-back Super Bowl champions — since Brady, of course, did it in 2003 and 2004.

Payless Sets For a Restart, Sees Opportunity Amid Pandemic

India To Host First Home International Match In A Year – But Is The Most Important Audience In England?