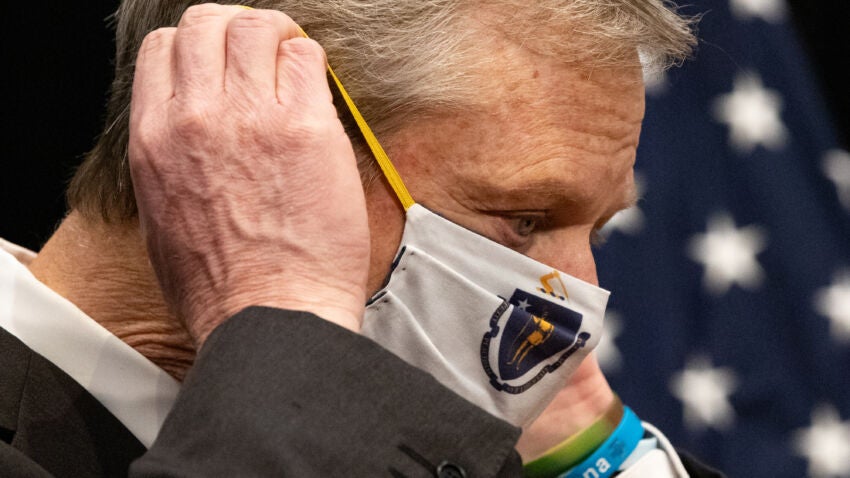 Intense scrutiny over the vaccine rollout in Massachusetts has seemingly failed to make a dent in Gov. Charlie Baker’s sky-high approval ratings.

A survey from MassINC Polling released Monday found that 74 percent of Bay State residents approve of the governor, with only 20 percent disapproving. Nearly the same amount — 71 percent — specifically approved of his handling of the COVID-19 pandemic.

The new poll, which counted over 1,300 online respondents from Feb. 9 to Feb. 21, showed essentially the same results as MassINC’s December poll, where Baker held a 73 approval rate.

The statistic is remarkably consistent given the protracted criticism Baker has faced in recent months over the state’s distribution of COVID-19 vaccines because of a sluggish initial rollout and a confusing and broken registration website. A majority of respondents — 54 percent — said they thought Massachusetts was “somewhere in the middle” in the speed of its distribution among other states. Eleven percent said Massachusetts was among the fastest states, while 25 percent said it was among the slowest.

The commonwealth ranked 33rd out of 50 on the first day of the survey but inched up to 15th by the final day nearly two weeks later, according to federal data.

The crosstabs for the new poll show that he holds an overwhelming approval rate across all demographics, regardless of race, gender, age, income, education, or geography. Historically, the group most ambivalent to the Republican governor is his own party, and that holds true in the survey, where 86 percent of Democrats approve of Baker but only 62 percent of Republicans do. (Still, that’s a net approval of 26 points among GOP members.)

Around two-thirds of respondents also supported the governor’s call at the start of the month to raise the capacity limits of certain businesses while 27 percent disapproved.

Baker has consistently ranked among the most popular governors in America since assuming office in 2015, according to polling from Morning Consult. Fauci is awarded $1 million prize in Israel, including for ‘speaking truth to power’