In the framework of the celebration for its tenth anniversary, the emblematic pizzeria del Perro Negro , recognized for creating true Mexican pizza and promoting the urban cultural, musical and sports scene, announced that it will begin to grant franchises to replicate its business model. 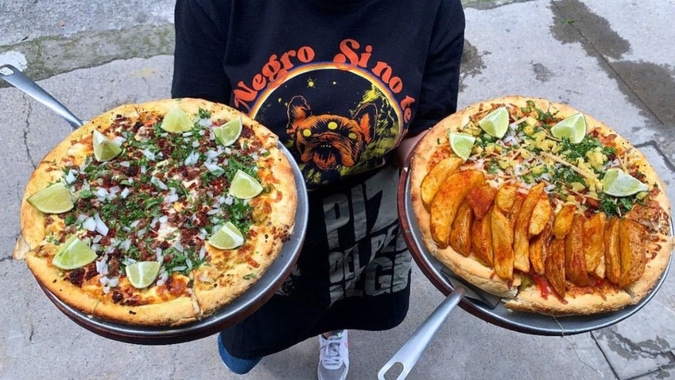 This Mexican pizzeria is characterized by having a wide variety of flavors, among which stand out typical dishes such as: carnitas, el pastor, chilaquiles, which is complemented by a visual and musical proposal in each of its units.

At a press conference Andrés Carrillo, CEO of Dominating the world with Pizza , the company in charge of marketing the franchise, explained that: “the decision to start a franchise was made during the months of the pandemic when we evaluated the strengths of the business and We realized that we have a robust organization and that over the 10 years that we have been operating we have developed a system that can be replicated.

Franchising is an important step for us, as it means that we must assume the commitment to share our knowledge, both in the gastronomic and business fields with our prospects and to do so we want to find the right people, that is, those who commit. with the business, to get to know it, operate it and make it grow ”, said Andrés Carrillo.

One of the characteristics of the investor profile is that of a person who knows the pizzeria and likes the philosophy of the Black Dog.

Andrés Carrillo, CEO of Dominating the world with Pizza.

For his part, César Aranday, general director of the consulting firm Aranday & Asociados, who helped develop the brand’s franchise model, mentioned that Pizzería Perro Negro is a completely disruptive model, which not only has food, but art, concerts, and to MMA fights, so the selection for each unit will be very detailed.

“The truth is that in the organization they don’t improvise, what I found is that they organize. In the end, we have a very solid franchise, we want highly selected franchisees who are not only entrepreneurs who see this as a business, but as part of a philosophy, of thought and that will ensure our success ”, says César Aranday during the launch of the franchise.

YOU MAY BE INTERESTED IN: Vips wants to open more franchises 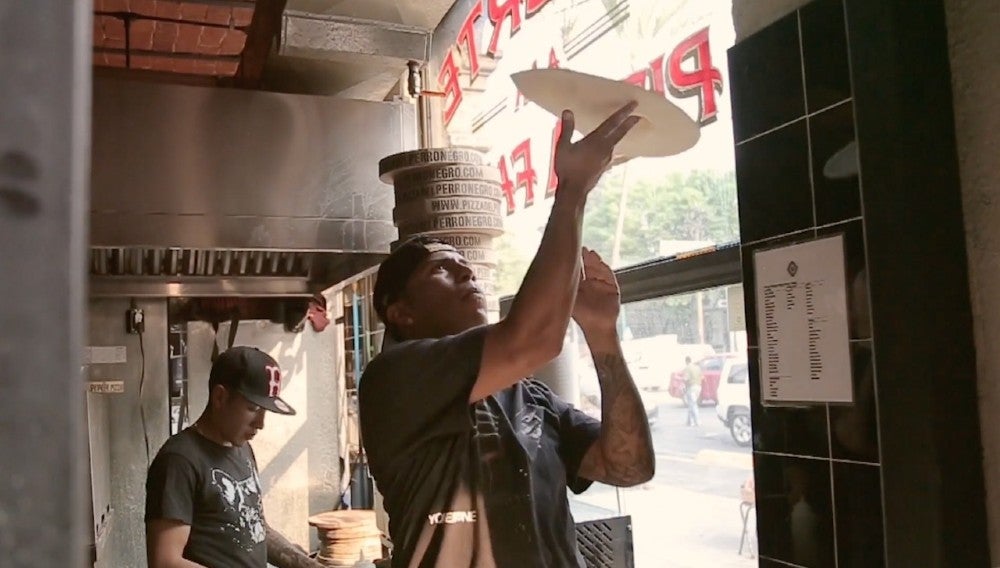 The franchise project starts with a unit, it is a corporate franchise that will serve as a laboratory to put into practice the work that has been carried out in the standardization of processes, the distribution of inputs and the operation of the establishment.

This first location will be located in the Coyoacán neighborhood and it is estimated that it will begin operations before the end of this year, as the location is already available and work is being done on its adaptation.

“Our expectation is that for the next five years we will have 30 franchised units in operation , to reach this goal we will begin the granting of units in Mexico City and 100 kilometers around.

The reality is that we have offers to open units in: Querétaro, Michoacán and Jalisco, but being congruent with our philosophy and as a way of thanking the love and loyalty of our clients, we are evaluating the proposals of the people who long before showed their interest in having a Black Dog. “

According to what Andrés Carrillo said, the approximate total investment in a Black Dog franchise is 2.5 million pesos . The recovery of the investment is estimated in 30 months . There is a five percent monthly royalty on unit sales and a 2% corporate advertising royalty.

While the duration of the franchise contract is 10 years , it should be noted that the franchisee will receive from Pizza del Perro Negro a timely follow-up from the selection process of the premises, through its remodeling, staff training, start-up of the pizzeria operation and post-opening support and supervision and Periodic Assistance.

On the tenth anniversary of Pizzas del Perro Negro, Francisco Angelini, co-founder of the business, said that, “Perro Negro is synonymous with the underground, since its inception it has been dedicated and committed to being irreverent and proposing a b-side of things. He does not like to be bored, he has always been winged and has never been afraid to speak his mind, on the contrary, he does. By having a philosophy of life of this style, he has done everything and that is why on this 10th birthday he wants to unite everything he has harvested and bring it all together in a great celebration that aims to become an annual festival that continues to promote everything that has been achieved in a decade of work and effort ”.

Pizza del Perro Negro, was presented from the beginning to Mexico City and the world as a pizzeria that loves Rock & Roll and irreverence. From its early days, it made it clear that in addition to being a restaurant, it was the head of a cultural movement that had come to support all those called renegades at the time.

Throughout its ten years of life, Perro Negro has held multiple concerts, exhibitions, events and activations to promote its delicious pizza that have become urban legends, such as: Hombre Vs Pizza and Somos Jauría. Today it is one of the strongest and most recognized pizzerias in Mexico thanks to its captive audience that calls itself Jauría.

“Most of our clientele is economically active, they already have a job that allows them to buy what they like and go out on weekends to restaurants, events, bazaars, concerts and other cultural events. Not everyone is necessarily part of the creative scene in our country, but they certainly like to invest in it and consume what it offers. “ JOYY (YY) Stock Sinks As Market Gains: What You Should Know