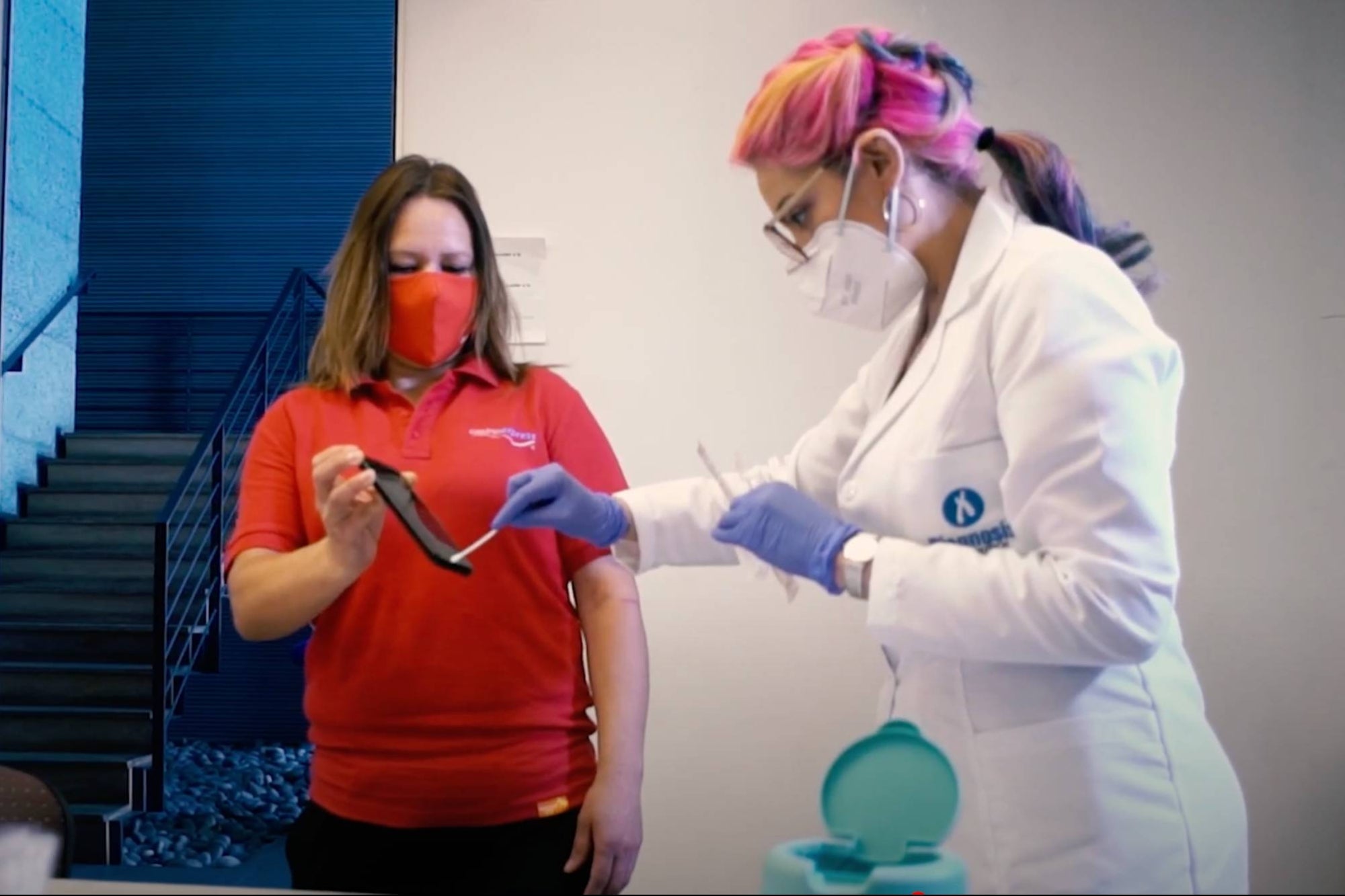 Chilean scientists create a procedure to detect the virus without having to submit to a nasal swab.

A group of Chilean scientists developed a new method to detect COVID-19. It is to make u na PCR test to screen your electronic devices and, according to the study, the result would be 90% equal to that of a nasopharyngeal test.

The advantage of this new method, called PoST for its acronym in English (Phone Screen Testing, in Spanish: test of the phone screen) is that it is much less invasive and that it would have a lower cost .

It is important to note that this new method is more effective in those patients with a high viral load, since in low prevalence settings it is very likely that false positive results will appear, according to the World Health Organization (WHO) .

How does this new procedure work?

“The swab is passed over the cell phone screen instead of the nose and then it is analyzed as with a normal PCR to detect if there are traces of the virus RNA,” explained Alejandra Lavanderos, one of the participating researchers.

The study was led by Chilean doctor Rodrigo Yung, who works at the Global University of London (UCL). It was also published in the British popular science magazine eLife .

About 1,200 people underwent the experiment, where they did a conventional PCR test and another with the new PoST method. In this way   checked the specificity of the analysis. On the other hand, the procedure was useful for detecting the “worrying” variants : Delta, Alhpa or Gamma, which have become a challenge for the world due to their high contagion capacity.

Once you meet all the necessary requirements, scientists will seek approval from the appropriate health authorities as an alternative to traditional tests. Which Money-Making Strategy Is Right for You in 2022? Decarbonization by 2050 Would Require Spending Trillions of Dollars Annually Mambacita Sweet 16, the sneakers that commemorate Gigi Bryant, sell out in two minutes