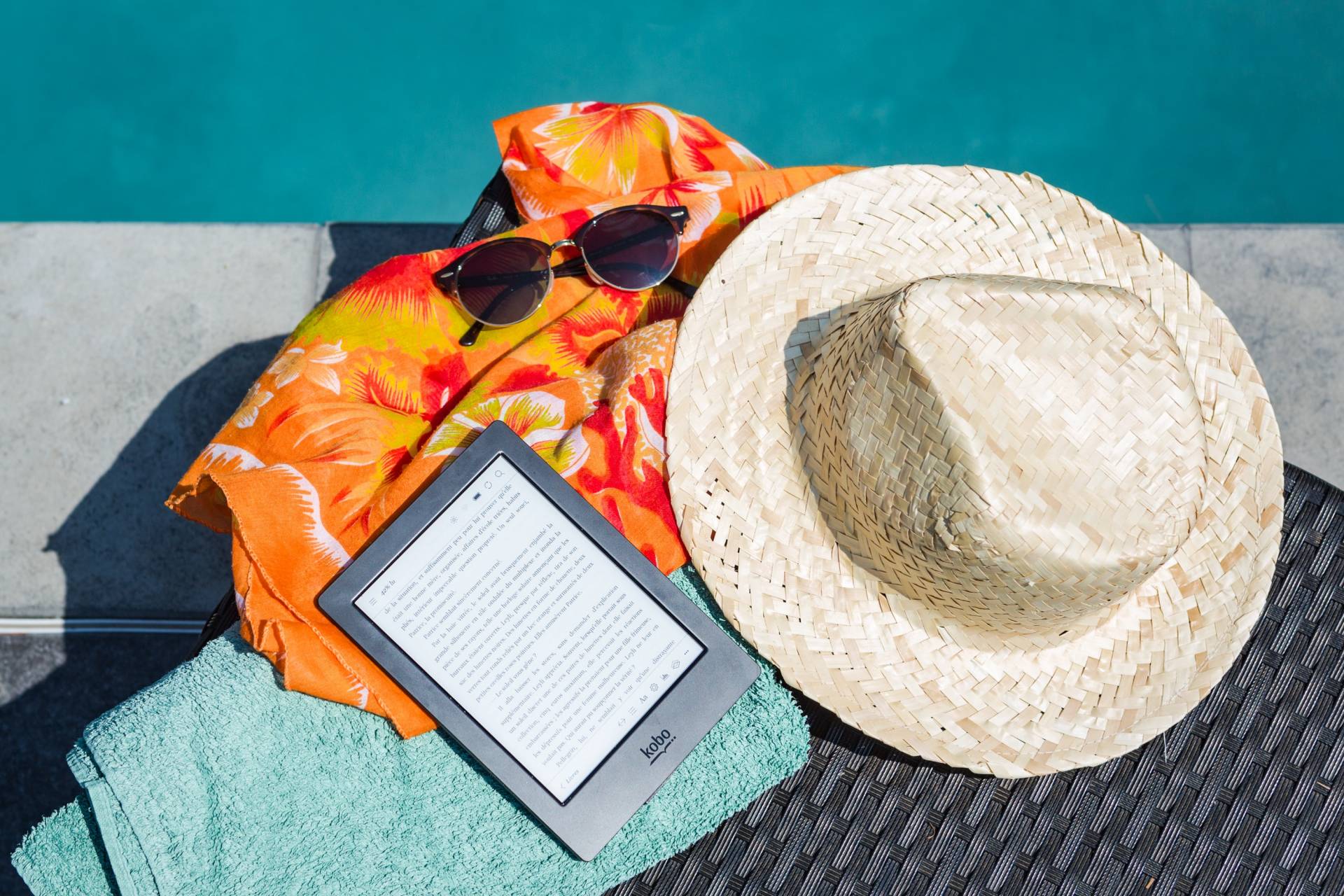 This story originally appeared on Calendar

Raise your hand if you don’t mind being stuck behind a desk or in a cubicle this summer? As I guessed, no one. I mean, there are so many other things that you could be doing. However, I’ve always been grateful that I really love to work and I’ve always loved it — even as a kid.

It should come as no surprise then that there is such a thing as a summer slump, and I try to understand those that suffer from those feelings. Studies show that between June and August, workplace productivity plummets by 20 percent.

Additionally, attendance at work decreases by 19%, and workers are 45% more distracted.

What exactly is behind this drop in productivity? Well, it’s most likely he following nine obstacles to productivity during the summer months.

Researchers from Harvard University found that cold weather actually makes workers more productive. The reason is actually pretty obvious. Most of us would prefer to be outside than cooped up inside.

This conclusion was reached after the researchers conducted a two-and-a-half-year study. During this time, they found that workers got more done when it was raining. In fact, there have been other experiments that also found similar results.

“What we found was consistent with the field data,” says Francesca Gino, an associate professor of business administration at Harvard. “Once again, we see that people tend to be more productive on a bad weather day than on a good weather day.”

“When the sun is out, you’re sort of thinking about the many different things that you could be doing outside,” adds Gino. But, “when the weather is bad, that doesn’t even come to mind because that’s not even an option.”

So, how can you resolve this problem? The most obvious would be to get outside and work. I have a folding table that I set up in the backyard. It’s my go-to when I need to get work done but just want to be outside.

Another suggestion? Try to work earlier or later in the day. For example, when it’s really nice out, I get up early and knock out some work. I then spend most of the day soaking up the sun. And, whatever else needs to get finished, I’ll do at night.

Did you know that humidity and heat slow down the brain? According to one study, heat lowers people’s skepticism. In turn, this makes them more pliable. And, it’s common to feel sleepy or have difficulty concentrating when it’s humid.

On the flip side, cold weather blasting from the AC also impairs concentration. In addition, according to a Cornell University study, workers in cold temperatures make more errors, and they incur higher labor costs.

And, this isn’t even taking into account the battles you may have with your office mates. For example, it’s been estimated that 15% of employees have argued over the right office temperature.

Ideally, the workplace temperature should be between 68 and 77 degrees Fahrenheit. If you’re working at home, tinker with the thermostat to see which temp is best for your productivity. If working with others, try to compromise on a comfortable temperature.

As I’m sure you know, FOMO stands for: Fear Of Missing Out. And, like a beautiful, sunny day, this is another obvious distraction.

In addition to the weather, you could hear the sweet sounds of an ice cream truck. Maybe you’re scrolling social media and see everyone at the beach. Or, maybe you’re listening to a baseball game in the background and wish you were there instead.

When the New Yorker investigated why summer makes us lazy, it reviews a Harvard study. This particular study found that viewing pictures of others eating outside or engaging in activities like sailing caused them to be less focused at work.

“Instead of focusing on their work, they focused on what they’d rather be doing,” the New Yorker stated. “The mere thought of pleasant alternatives made people concentrate less.” The simple solution? Stay off of social media!

4. Everyone is listening to the Go-Gos.

Americans are notorious for skipping summer vacations. However, following the COVID-19 pandemic, half of Americans stated that they would at least be taking one vacation between June and September. But, if you’re working with people across the Atlantic, then you already know that Europeans get the most vacation time.

In either case, there are a lot of people enjoying this time of year. And, that means if you need to collaborate with them, good luck trying to get things done.

The easiest way to resolve this is to plan ahead. Make sure that your priorities are done before the dog days of summer. As for everything else, push deadlines back to the fall.

It may not be the norm. But, there are a number of businesses that have summer hours. For example, New York publishing houses typically close their offices on Friday afternoons throughout the summer. And, to be fair, there are plenty of reasons why summer hours are beneficial.

Primarily, this can increase morale, improve employee health, and eliminates stress. And, it also gives you a head start on other travelers on a Friday afternoon.

At the same time, a study from Captivate found that there’s a dark side to summer hours. There is a 53% drop in productivity among employees who leave early on Fridays. Additionally, there’s a 23% increase in stress among workers who work longer hours from Monday to Thursday to make up for the fewer hours on Fridays.

While not possible for everyone, don’t obsess over how many hours you work each week during the summer. Again, hone in on your most important and urgent tasks and deal with everything else at another time.

6. It’s the most wonderful time of (a fiscal) year.

In the weeks leading up to June 30, many companies rush to complete their projects. Why? Because new planning starts in July. As a result, July has historically been a time for workers to relax until they receive new orders following the end-of-year crunch.

This is only applicable to firms with tax years that begin July 1 and end June 30. But, this could be a problem if your company interacts with firms that use financial years.

Sometimes, background noise can be beneficial. For example, certain music or the sound of a coffeehouse can actually increase your productivity. However, random noises like lawnmowers, weed whackers, and leafblowers are distracting. And, I don’t know about you, beat even wearing headphones can’t drown out those sounds.

If headphones don’t do the trick, then find something else to do. For example, when landscapers show up to my neighbors, that’s when I take my dog for a walk or do something less taxing, like cleaning out my inbox.

8. The kids are alright.

Since the kids are on summer break, many parents are trying to figure out affordable child care options. In fact, there was a fascinating and heartbreaking New York Times article that discussed this difficulty.

The good news? Child tax credits are rolling out at the time of this article. You can also ask neighbors, friends, or family to lend a hand every now and then.

Those are all due to allergies and sinuses. And, as someone who has dealt with this my entire life, it’s a drag. Moreover, it can make it almost impossible to focus on much of anything, especially work.

The easiest solutions would be over-the-counter antihistamines or decongestants. However, you can also invest in a dehumidifier or a portable high-efficiency particulate air (HEPA) filter in your workspace.

Maybe, the best way to deal with productivity obstacles this summer? Embrace them. By that, I mean actually going on a summer vacation yourself. Or, if you escape, introduce some fun. Gamification, team-building activities, or walking meetings are just a couple of suggestions.

The post Obstacles to Productivity During the Summer Months appeared first on Calendar. How to Market Yourself on Social Media in 4 Steps Can’t Keep Up? 4 Best Practices to Simplify Your Small Business Mexico will achieve ‘herd immunity’ in August or September: López-Gatell