In Mexican territory there are more than 150 fintech startups, which are focused on the crowdfunding segment, financial education, business finance, among others.

Mexico has positioned itself as the new hub for fintech startups in Latin America, even surpassing countries such as Brazil, Colombia and Chile, according to the second edition of the Fintech Radar prepared by Finnovista .

The analysis reveals that in Mexican territory there are 158 fintech companies , Brazil is in the second position with 130, in third place Colombia with 77, while in Chile there are 56 startups in this segment.

Compared to the first edition of the Fintech Radar , this year Mexico registered an increase of 24% in the number of companies.

The most notable increases by segment have occurred in crowdfunding ; financial education and savings; payments and remittances, and finally in business finance management.

“The 158 fintech startups identified in this second Fintech Radar Mexico are changing the rules of the game in all segments of the financial services sector,” the report said.

In this sense, he explained that the 158 existing startups are competing to capture up to 30% of the Mexican banking market in the next decade, which is valued at more than 30,000 million dollars .

The 158 companies of the Fintech Radar Mexico are divided by area as follows: 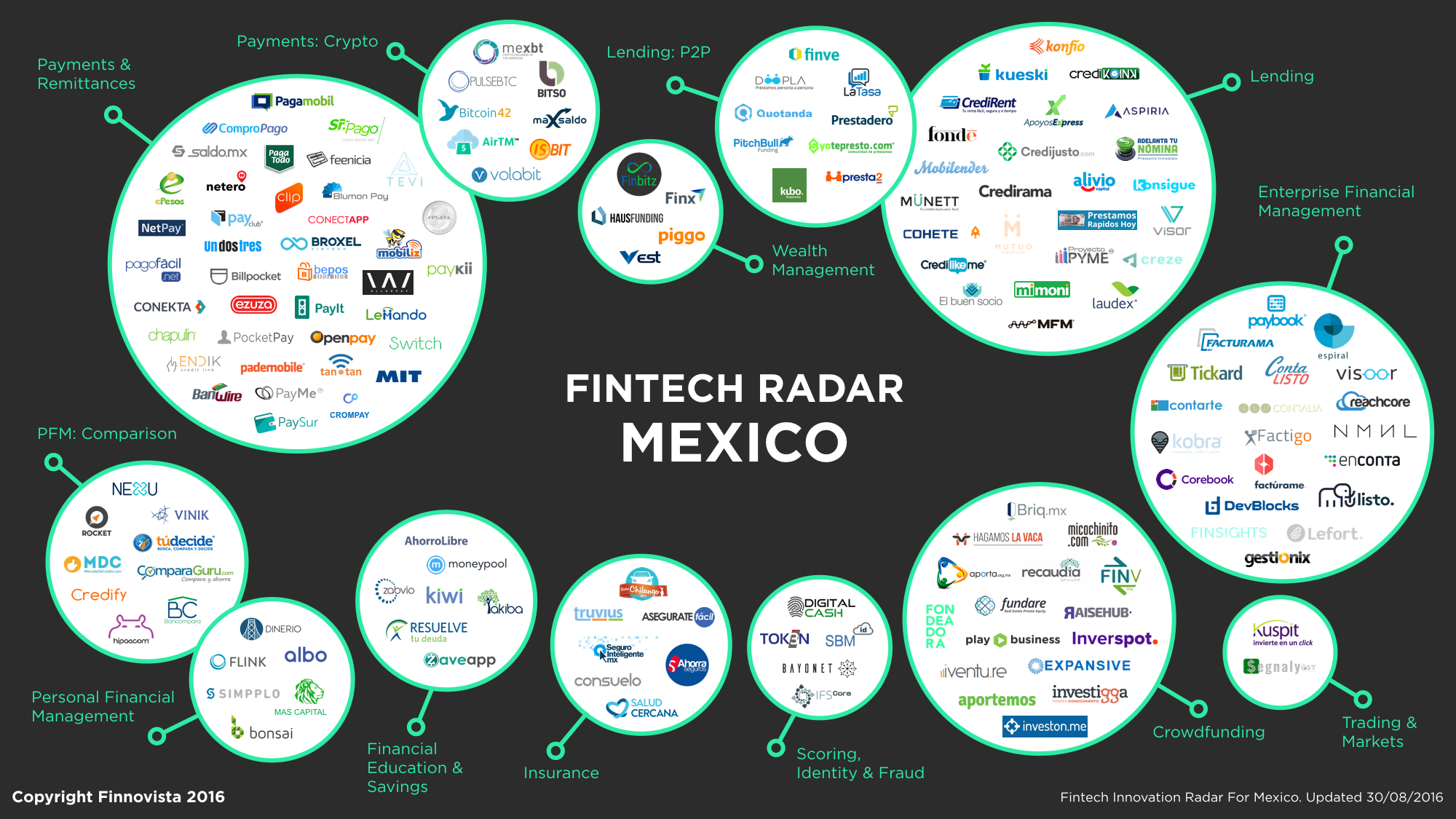 For several months now, the National Banking and Securities Commission (CNBV), for example, has identified that Fintech companies could help solve problems that have embraced the country for several decades, such as financial inclusion.

However, with the change of owner in the Ministry of Finance and Public Credit (SHCP), the promotion and launch of the Fintech Law has been postponed for a couple of weeks.

In this regard, Gerardo Obregón , founder of Prestadero , expressed in a statement that once this initiative is approved, Mexico will become the first country in the American continent to have a specific law to regulate financial crowdfunding.

“If we want to improve the situation in the country, one of the core points is to increase collection, and make Mexico the new fintech hub. Without a doubt, this is a good initiative to achieve it.”

Do you know any Mexican fintech startup that is not included? Tell us on our social networks which one you would add to the list. What the No Surprises Act Means for Your Medical Bills