Unbroken is a film that portrays the life of Louis Zamperini. What does a film about an Olympic champion, WWII bomber, and a prisoner of war have to do with being an entrepreneur? If you know the story of Louis Zamperini, then you probably already know: this man had guts.

Louie, as his friends knew him, is an example of perseverance. As a child he was frequently bullied by other children for his Italian origin, which caused him to misbehave and drink alcohol to the disappointment of his parents. His older brother decided to step in and train him to be a long-distance runner — something that would help Louie build discipline and focus. He became so good that when he grew up, he earned the nickname “The Torrence Tornado” (for the Californian city where he was born) and managed to qualify for the 1936 Berlin Olympics. In the joust, Louie managed to place eighth in the 5,000 meter race.

Later, this incredible man decided to join the military and become a bomber in a B24 Liberator for the US Air Force on the Pacific front during WW II. In 1943, his plane was severely damaged in combat and crashed into the ocean during a rescue mission.

Louie and two companions were adrift on an inflatable raft for 47 days, enduring storms, a shark attack, the death of one of the survivors and a lack of rations (they ate birds and fish, and drank rainwater).

The athlete and his remaining friend were captured by Japanese sailors and became prisoners of war locked up in different concentration camps. Louie was treated cruelly by the camp chief for being a former Olympian and an American soldier.

One day, two Japanese journalists helped Louie send a message home saying that he was alive (the government had declared him dead at the front). However, the Japanese tried to force him to record anti-American propaganda, to which the soldier refused. The director of the concentration camp had every prisoner there beat him to teach him a lesson.

Louie managed to endure the mistreatment and, at the end of the war, managed to return to his family to tell of his incredible journey.

It was a movie that, in fact, was very real. He had an extraordinary life and refused to give up no matter what the situation. The adventure of an entrepreneur is based on the same character traits that define Zamperini.

Here are five key lessons you can learn from this great character:

1. Luck isn’t needed. Zamperini did not grow up with any skill or advantage. In fact, in many ways, he had disadvantages. His family came to California when he was a child and did not speak any English, which made him an easy target for annoyance. He got into a lot of trouble in his youth. He worked hard to train and become a runner, a situation that eventually led him to the Olympics.

Whether it’s true or myth, the repeating line on the tape is: “If you can take it, you can do it.” That ability to withstand the challenges and obstacles that life throws at you is what defines an entrepreneur. Do not regret the difficulties that life gives you: accept them. Run towards conflict and overcome all challenges. Innovation comes from solving the world’s problems, not from having an easy answer. Be glad that it is difficult: for that reason you will be extremely good. 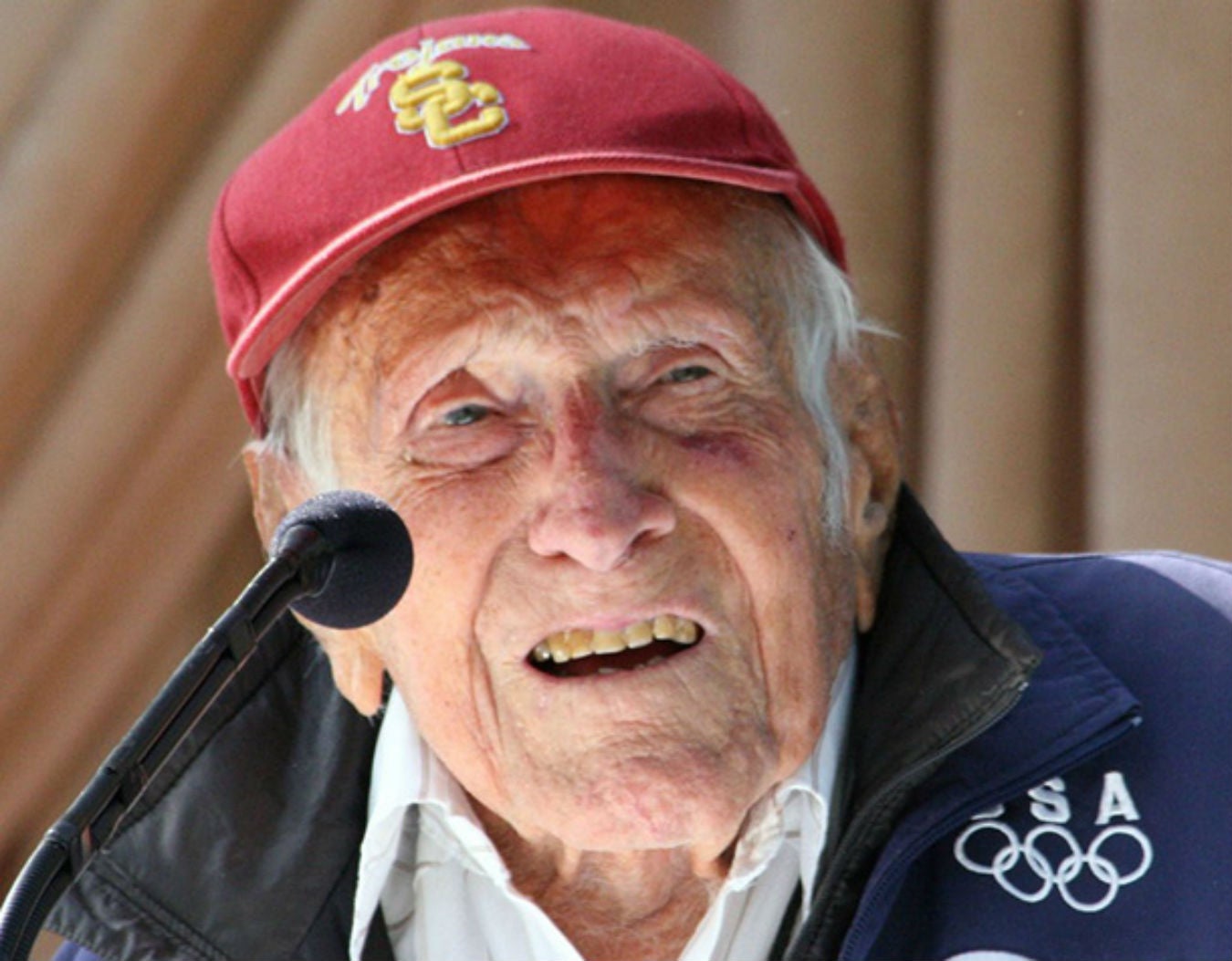 2. Big risks lead to big rewards. It is important that, as an entrepreneur, you get involved in small and calculated risks. Your ability to take and survive risks will help you increase your self-confidence. When you do this, you can develop the courage you need to face future problems.

Zamperini certainly understood that taking risks sometimes leads to failure, but it will pay off big rewards in the end. Taking risks is part of the entrepreneurial journey, and the more you develop the ability to be comfortable with discomfort, the greater your reward.

3. Failure is part of the journey. Never let your failures define you or you will lose the game. As a child, it seemed that this Olympic champion was going to be a failure. He got into fights, drank at eight, and robbed strangers and neighbors. By the time he was a teenager, his parents knew the local police very well.

I wouldn’t call that a great start, but with the support of others and some initiative, Zamperini turned things around. It would have been easy to give up and be defined as a failure, a lost cause. Why are you on the entrepreneurial journey? Don’t let others define your success. You can always find the right support and take the initiative to keep improving. The path of an entrepreneur is never straight, simple or easy.

4. The right support makes all the difference. Speaking of support, it is debatable whether Zamperini would have achieved success at the Olympics without the support of his mentors. It was not only his parents who did not give up on him, his brother, the school coach and even the police became guides to lead him on a path that would eventually lead to the Olympics. Also, remember that you can give that support and motivation to other people who are starting.

5. Never give up. Not only was Zamperini very clear about the message of never giving up, he literally wrote a book about it. At the age of 97, he published a book called Don’t Give Up, Don’t Give In: Lessons From An Extraordinary Life. If anyone is qualified to share advice and wisdom it was this man.

You can learn a little more about the life of this incredible man in the movie Unbreakable (2014):

With information from Martha Elena Violante. LinkedIn Now Lets You Add Pronouns to Your Profile