“Don’t let anyone tell you who you are” 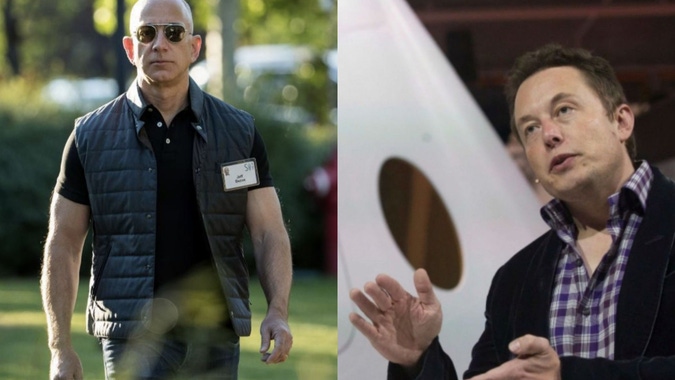 Jeff Bezos, founder of Amazon, posted a message on Twitter along with an image of a page from the US investment newspaper, Barron’s , which reads:

“Listen and be open, but don’t let anyone tell you who you are. This was just one of many stories we were told of all the ways we were going to fail. Today, Amazon is one of the most successful companies in the world and has revolutionized two completely different industries. “

The billionaire refers to what the short introduction to a news item called “Amazon.bomb” said. Which expressed the following: “The idea that the CEO of Amazon, Jeff Bezos, has pioneered a new business paradigm, is nonsense. He’s just one more middleman, and the stock market is starting to pick up on that fact. The real winners on the web will be companies that sell their products directly to consumers. Just look at what’s happening at Sony, Dell, and Bertelsmann. “

In response to this tweet, Elon Musk , founder of Tesla , replied with the emoji of the silver medal, which shows the number “2”, in reference to the second place.

Why did Musk do this?

Recall that recently, the businessman who owns Tesla and SpaceX surpassed Jeff Bezos on the list of billionaires in the world . And according to Forbes , he took the opportunity to say, “I am sending a giant statue of the digit ‘2’ to Jeffrey B., along with a silver medal,” in an email.

In September, when Elon Musk successfully managed to send four civilians into space on a SpaceX spacecraft, Bezos wrote: “Congratulations to @ElonMusk and the @SpaceX team on your successful Inspiration4 launch last night. Another step towards a future where space is accessible to everyone ”.

To which the South African businessman responded with a simple “thank you.”

Congratulations to @ElonMusk and the @SpaceX team on their successful Inspiration4 launch last night. Another step towards a future where space is accessible to all of us.

Friends, rivals, or both? , We do not know it yet. But, Musk has not missed opportunities to “play pranks” on the founder of Amazon.