Are there olive branches in space? 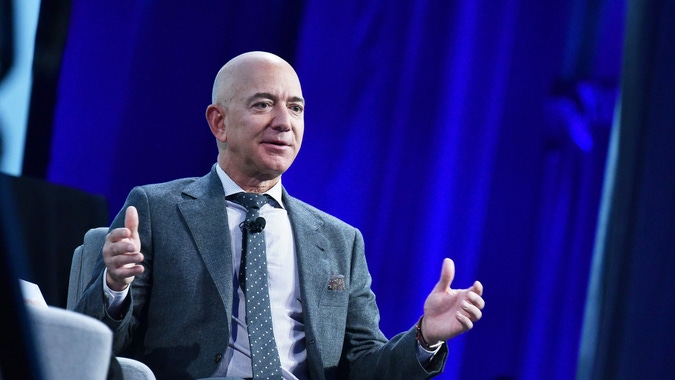 Musk, whose space exploration company SpaceX launched a historic all-civilian flight this week, was the recipient of a subtle congratulations by billionaire and longtime rival Bezos on Twitter Thursday afternoon.

“Congratulations to @ElonMusk and the @SpaceX team on their successful Inspiration4 launch last night,” Bezos wrote. “Another step towards a future where space is accessible to all of us.”

Congratulations to @ElonMusk and the @SpaceX team on their successful Inspiration4 launch last night. Another step towards a future where space is accessible to all of us.

This was a rare showing for the Amazon founder, who hasn’t Tweeted on the social media platform since February 2020, when he sat down with French president Emmanuel Macron to discuss sustainability and climate change.

Bezos’ Tweet to Musk received over 123,700 likes as of the time of this writing, along with one very brow-raising response from Musk himself.

The polite exchange between the two men was anything but ordinary.

The billionaires have been duking it out on the social media platform all year, most recently when Musk slammed the Amazon founder over his multitude of lawsuits and petitions that were filed in opposition of SpaceX, including NASA’s original contract to grant SpaceX the sole grant to human lunar exploration.

Bezos didn’t stop there, filing a separate complaint with the FCC regarding SpaceX’s permission to develop a second-generation Starlink satellite system.

Not only did Musk respond to each of the lawsuits as they made their away around Twitter, but he purposely spelled Bezos’ name incorrectly before calling him out.

“Turns out Besos retired in order to pursue a full-time job filing lawsuits against SpaceX,” the Tweet read.

However, when Bezos himself flew to space in Blue Origin’s New Shepard rocket in July, Musk sent an acknowledgment over the social media platform to which Bezos did not respond.

This week, NASA announced that it was awarding five companies with contracts to develop moon-landing designs, totaling $146 million.

Both SpaceX and Blue Origin were among the five companies.