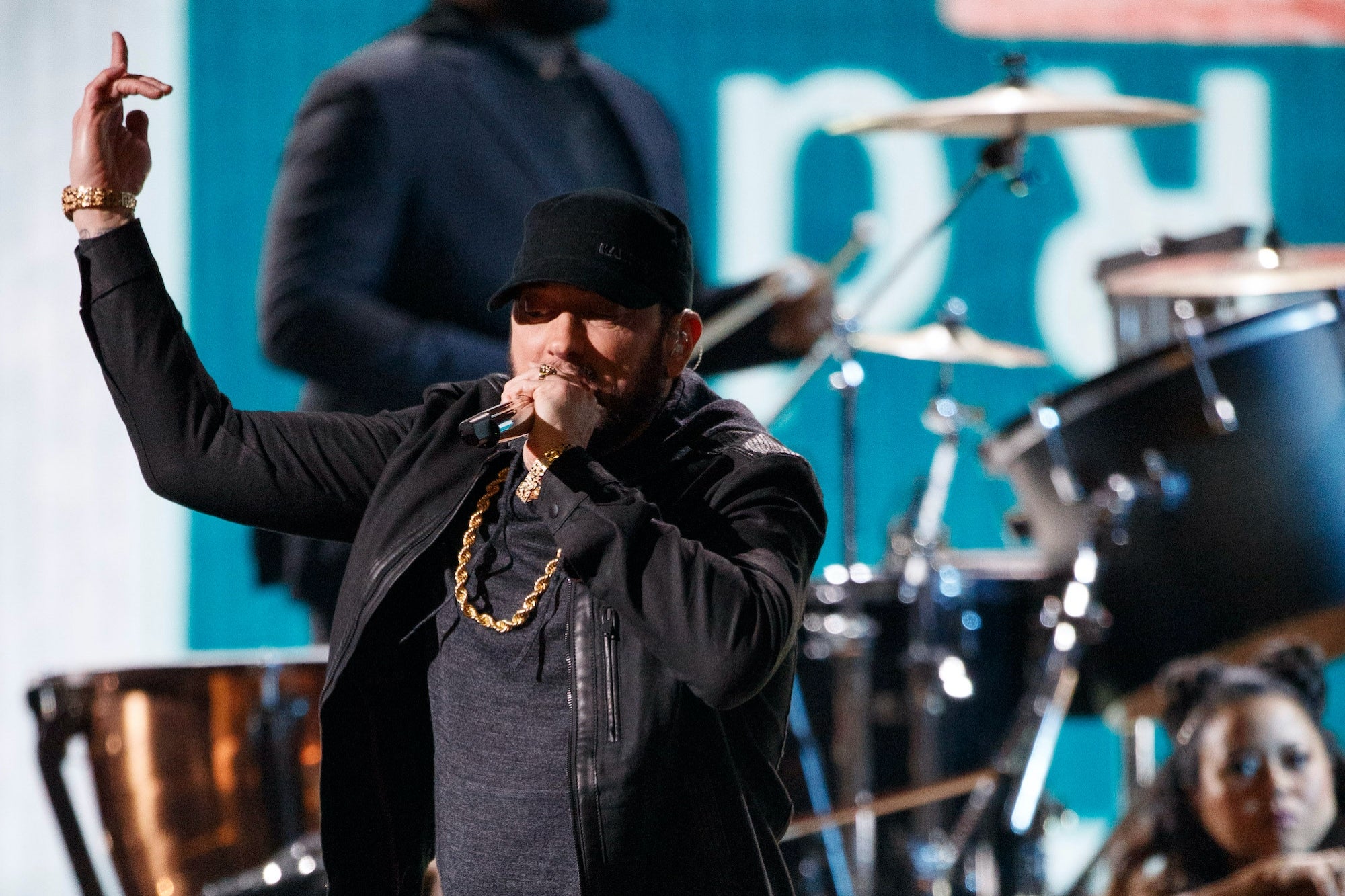 After more than two decades collecting hits in the music and film industry (let’s not forget he has an Oscar), Eminem is now launching as an entrepreneur . The rapper surprised his fans by showing up unannounced at the opening of his new pasta restaurant , Mom’s Spaghetti , and even became a waiter to serve his guests himself.

Thank u Detroit for comin out #MomsSpaghetti and #TheTrailer open all weekend and every week Weds-Sun opening at 4pm! Hit link for full gallery – https://t.co/CPa7ZRiPFU | photo credit: Jeremy Deputat pic.twitter.com/kqe3IgSXic

Last Wednesday, Marshall Bruce Mathers III , the real name of the musician, opened the doors of his own venue, located in downtown Detroit . It is a restaurant that, as its name suggests, only serves spaghetti in three presentations. In addition, upstairs it houses the memorabilia store The Trailer , where objects related to Eminem’s career are sold and displayed.

The little restaurant “is made to mimic the ‘trailer’ beginnings of Marshall and B. Rabbit (Eminem’s character in the movie ‘8 Mile’) ,” Ian McManus, who runs The Trailer store, told The Detroit News .

This opportunity comes once in a lifetime … We’re so excited to introduce Mom’s Spaghetti to The#DistrictDetroit ! Seize everything you ever wanted & check out #MomsSpaghetti located in the alley between @union_assembly & @FillmoreDetroit .
We saw a couple people there today pic.twitter.com/Oq0k5VoVUu

Decorated with wood paneling, a matted green carpet, and worn windows, Mom’s Spaghetti is designed to recreate a wine cellar. Their hours are flexible, to coincide with events in the area, such as concerts or festivals.

According to Eminem’s partners, the idea is to offer his pasta that will taste like reheated leftovers, that is, home. “We had to redo the sauce several times, because it was too fancy,” Chris Springer, Mom’s Spaghetti cook, told the same outlet.

Souvenirs from the restaurant, including hats, T-shirts, sweatshirts, beer glasses and more, as well as vinyl records and cassettes featuring Eminem’s music, can be found at The Trailer Store.

There are also interesting memorabilia from the rapper on display, but not for sale, for example a custom Slim Shady ‘beat machine’, a pair of super limited edition Air Jordan IV sneakers from Eminem, and various sports jerseys once worn by him as well. actor.

The history of Mom’s Spaghetti dates back to 2002, as a reference to the song ‘Lose Yourself’ , from the soundtrack of her movie ‘8 Mile’ . It first emerged as a pop-up in 2017 for the release of the album ‘Revival’ and continued through a series of festivals where it was featured in 2018. In 2020, during the COVID-19 pandemic, Eminem personally served pasta servings to frontline workers at various area hospitals.

The concept of the restaurant had been in the works for three years in total secrecy, like many of Eminem’s projects. Now fans of the rapper can find a piece of their idol at Mom’s Spaghetti and hopefully one day he will serve their food himself. Who knows, when it comes to ‘the real Slim Shady’ anything can happen.

New Eminem wallpaper, this man is so fine #MomsSpaghetti pic.twitter.com/ZTumc5Yd6U Why Small Businesses Should Look for Alternative Capital Financing Meet the 37 startups that will accelerate with MassChallenge this 2021