Poorly planned debt can be a real tragedy for an entrepreneur, a family or an individual as it can bankrupt a company and lead to severe personal problems. That is why it is important to know how to handle the issue of over- indebtedness in case we are falling or are already in a situation like this. For this reason, here are some of the most recurrent questions that I am asked in this regard. 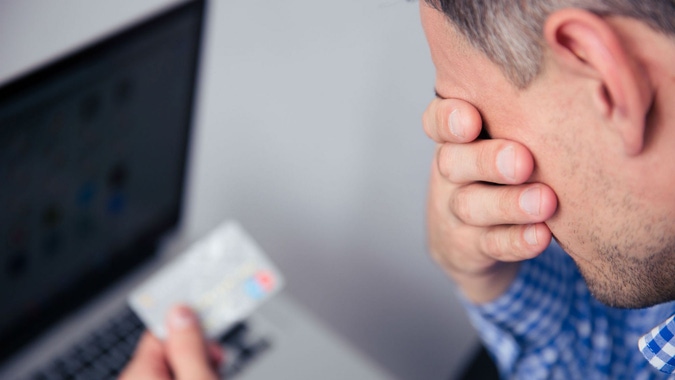 No. Article 17 of the Political Constitution of the United Mexican States says: “No one can be imprisoned for debts of a purely civil nature.” However, there are nooks and crannies since a commercial claim can become a criminal or custodial claim if fraud is proven. This applies to debts with banks, finance companies, popular savings banks or private lenders.

2. Can I be accused of debt fraud?

Not unless you falsify the information you provided for the opening of the loan or it is shown that you took it out with the clear intention from the beginning not to pay it.

Yes and more if there are promissory notes and / or a garment in between. That is, you have signed the credit or debt on a property, machinery or cars. However, this can only happen after a commercial lawsuit and a judge orders the seizure as a precautionary measure at the beginning of the judicial procedure and then give way to the trial as such.

4. What is the procedure in a garnishment?

If you are sued commercially for not paying a loan, the first step of the lawsuit is the seizure. An actuary duly accredited by a civil court wearing his official identification badge will present himself at the domicile set and will proceed to inform you of the attachment for said debt. You will have to let it pass and they will give you the option to choose the items that you want to be seized and that are valued at that time by the clerk to cover the amount of the debt and the judgment.

5. What if I do not let the clerk pass to my address for the garnishment?

6. How can I avoid a garnishment if I am already sued?

7. Can I recover the seized property?

Yes and there are three ways:

8. Can a residence be seized if the debtor no longer lives there?

No, and it is the creditor’s job to locate and collect from the debtor in their new location.

There is what is called “dation in payment” and it is the voluntary delivery of a vehicle to be taken as payment of the remaining debt of the credit when the payments can no longer be met. However, this is a mutual agreement and not binding, otherwise the car could only be repossessed under the assumptions of the previous questions.

10. What about a mortgage loan?

As with cars, houses can pay for the remaining credit, and in the same way this must be done by mutual agreement and voluntarily. Otherwise, a lawsuit for the property of the house and in its case an eviction lawsuit would be initiated.

11. Can you charge referrals?

No. The only ones who can be charged are the jointly obligated and / or guarantees.

13. What about abusive interests?

Here six factors come into play that will determine the level of risk:

15. How long does it take for a credit bureau debt to disappear?

There is a scale depending on the level of indebtedness, but generally it is six years from the last update made by the entity that reports the default. It is worth mentioning that debts over two million pesos and debts with an ongoing lawsuit are not erased from the credit history.

16. What if my debt no longer appears in the Credit Bureau?

It means that by law the entity that reported you to the Credit Bureau and entities of its type will no longer do so. However, the debt remains and could be sold or sued.

17. What options do I have to deal with a debt situation when I can no longer pay it?

With adequate financial and legal advice, you could achieve very strong discounts on your debt and reduce or mitigate the risks of a possible lawsuit that will hit your assets, whether they are SME loans of millions, automotive fleets, or credit cards, payroll or automotive individuals, remember that at PROTEGE AC we can help you with that. Invested in Crypto? Here’s Everything You Need to Know About This Year’s Tax Rules Are You an Investor? Get Ready for the ‘Going Public’ Series.